skip to main | skip to sidebar

Due to a love of writing, I started this blog back in 2006. Eight years later, I have brought my love of writing to Ohio University. To achieve my business degree, a class in technical communication in Chillicothe is required.

I had always fancied myself as a good communicator. However, the class that I am taking has improved my skills tremendously. I am lucky that my professor is a published author, and she knows what she is talking about.

Anyway, when I receive my degree in applied management, I should be able to find a place to put my degree to good use quite easily. A business degree opens a bit more doors than a degree in psychology would, because pretty much everywhere is a place of business. If you are interested in taking a class on technical communication in Chillicothe Ohio, and you would like to learn a little more about the professor, click here. 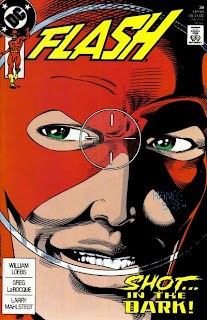 I remember in the days following the attack, there were some stories in the news that it was predicted in Frank Miller’s “The Dark Knight Returns”, where a madman opens fire in a theatre. 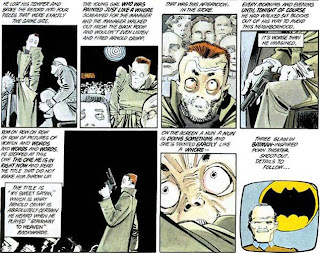 What they didn’t report on was Flash Vol 2 #30 from September of 1989. The story starts out with the Flash getting into an argument with his mother, then he takes his best girl to a movie. remember, this was 1989 and the first Batman with Michael Keeton had just came out. 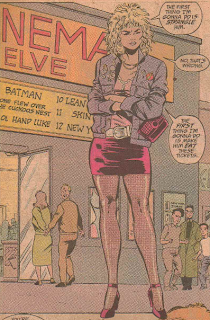 You can see on the marquee behind her that one of the movies is Batman. Underneath Batman, you can see that “One Flew Over the Cuckoo’s Nest” is playing as well. That film starred Jack Nicholson as an inmate in a mental institution. Nicholson would go on to play the Joker in the first Batman film. On July 20th 2012 in Aurora Colorado, a man believing himself to be the Joker opened fire on a crowd who had come to see the premiere of the new Batman movie. 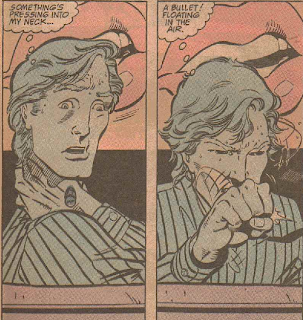 When a bullet presses against Wally’s neck, his super speed kicks in. He is able to run around the theatre at super speed and pluck all the bullets out of the air, and then dispose of the gunman. So in this comic published in 1989, the Flash stops a shooting in a movie theatre that is showing the new Batman movie.

I do think there is something supernatural at work here. Comic Book writers are sometimes able to pick up on future events and publish them before they happen.
Posted by Ed at 5:51 PM No comments:

Work Around the Web

I'm sorry for the lack of posts here, I've been busy freelancing for a couple of sites.

Many thanks to Cracked and Gunaxin for thinking my stuff was good enough to publish.

Labels: Back to the Future, comic books, Cracked, Gunaxin

Lincoln runs for governor, is exposed by Scooby Doo. Fred decides the best way to get to the bottom of this is to dress as a garbage man with a bow tie and cat whiskers, and find out what the people are saying about Lincoln on the zombie ticket. It beats the hell out of those annoying calls from poll workers at dinner time I guess. The gang then finds a book about the real Lincoln, and decide the imposter must have studied it too, because how else would he know about such an obscure figure from history like Lincoln? It turns out this Lincoln was a phony after all, but I don’t think leashing a Great Dane to a skinny stand up lamp would do much good. At least you won’t be in the dark when it bites your face off. Long before the films Abraham Lincoln VS the Zombies and Abraham Lincoln, Vampire Hunter, Lincoln was arm wrestling deadly scalp hunters, traveling through time, and having his consciousness deposited in an android from the future. 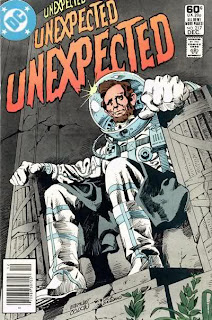 Here we have an alive Lincoln in an astronaut suit sitting in his memorial. If you are wondering what he is doing, by the look on his face I would say he is either about to blast off into space, or he is taking a dump. I do believe astronauts wear adult diapers, so maybe he is doing both.
Don’t worry, it really doesn’t have anything to do with the story. Yes, the story of an astronaut Lincoln would be pretty cool, but a time traveling Lincoln saving the Earth from aliens is about ten times cooler.

First, Abe finds himself standing outside Ford theatre, only it’s 400 years after his death. He almost gets hit by a hover car. 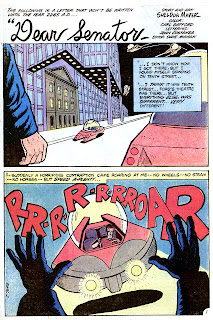 In the most ill placed instance of road rage in the history of comics, a bitchy woman gets out of her car and chastises Lincoln for standing in a hover zone. She recognizes Lincoln from history, so what does she do next? She accuses him of being an alien spy of course! It’s probably what I would have done as well. Only Lincoln disappears and shows up in a tube in the next panel. 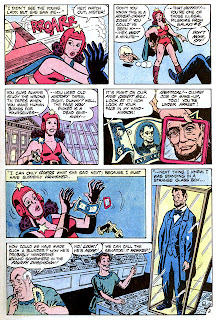 So, Lincoln showed up in a strange place, almost got hit by a car, which is something that didn’t exist in his time, and now finds himself talking to strangely dressed scientists. So what do these scientists do to ease his confusion? Show him a tape of his assassination of course!  I know they need to explain why he is there, but showing a man his brains leaking with his wife screaming over his body is kind of dickish. At least they showed the gory part off panel.

Now the scientists tell Lincoln he was replaced with a clone body double. Kind of the same thing as yelling out psych! You didn’t really die, just your family and the whole nation thinks you did! Lincoln is overwhelmed by everything that has happened to him, and a snooty senator tells him to stop being such a pussy, the galaxy is counting on him.

Lincoln learns that changing the past is illegal because someone went back in time and gave Napoleon a tank and screwed up history.  Except for the fact that America still had a civil war and Lincoln still became president. For some reason we will have humanoid robots cook our dinners but we will still have to watch VHS tapes for our history lessons. Damn you Napoleon! 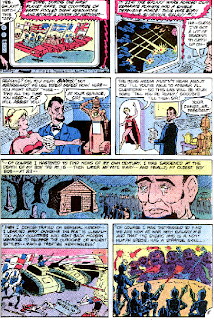 In a natural progression of tainted voting machines, it was decided that voters weren’t need anymore, computers decide the election. Except that people still carry campaign signs and they still call it an election. And if this were the case, they wouldn’t need Lincoln to run for president of the galaxy, they would need Bill Gates to hack the computers. Except that story wouldn’t be as awesome.

Of course Lincoln escapes. You would think maybe he would reprogram the robot, or at least shoot it with a laser beam. Instead, he uses the awesome power of algebra to find a secret tunnel. That will teach you kids to stay awake and study hard. 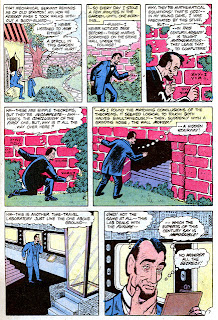 It’s an election fix. They needed the real Lincoln to talk on the vhs tapes to give to the super computer, then they could substitute the real Lincoln with a clone they could control. But if they could make a clone, why wouldn’t his tapes….Oh shit, I don’t know. But anyway, Lincoln pulled a good old fashioned 19th century switcharoo.

Once Abe got wind of the plot,  he reprogrammed his sexy robot maid even though he didn’t have so much as an electric light bulb in his day. Of course the scientists and bitchy senator were aliens. That explains their dickish behavior from earlier.


So, the aliens change back into humans, and decide to hide in lockers. Because that is what humans who totally aren’t aliens do. Of course Lincoln rigged the truth gun so they would look like aliens when the cops show up. Instead of finding a way home, Lincoln decides to stay and try stand up comedy. 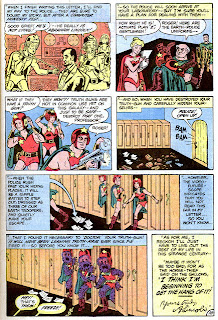 I predict that nothing too crazy is going to happen, leaving millions of people disapointed. It is the end of an age, and the beginning of a new one, but who said everything has too change in one day? Why couldn't it be a more gradual change that lasts over a period of months? I remember years ago my now college age daughter was 9 years old, and she rushed outside on the first day of spring expecting to see leaves on the trees. I had to explain to her it just didn't work like that, the change happened gradually. So what are we changing too? I don't know, but I don't think that this time next year we will be broken down into a fuedal society going to war over the last few cans of tuna while a bunch of rich guys wait things out inside a cavern deep inside the bowels of the Earth. Even if I knew for sure a bad earthquake was coming, I don't think I would want to be in a cave that could collapse on me. If I'm wrong, jump on this post after the fact and point it out to me. Of course the very ability to do that would mean that I was correct all along.
Posted by Ed at 7:01 AM No comments:

The following is a short exerpt from a novel I am working on. . The Library was built sometime in the 19th century, and it had two floors. On the first floor was the front desk, Children’s books on the left of it, and DVD section on the right. I have signed out DVDs from the library before. About one out of every three doesn’t freeze up. I turn to my left and head up the stairs to where they store the true knowledge. On the wall about halfway up the stairs is a 130 year old painting of some old geezer who founded the library. I thought he looked a bit like Ebenezer Scrooge, but the Scrooge after he had his epiphany. Below the painting the words “Free Your Mind” was engraved on a plaque. I walked past the painting and made my way to the graphic novel section. There were some great graphic novels there, but they were ones I had read before. Sandman: Endless Nights Blackest , The Incredible Hulk: the End, and the Dark Tower: The Way Station. I suppose I could have picked one of these up and reread them, but my mind was hungry for new information. More than one of these graphic novels had to do with time travel a favorite subject of mind when it comes to fiction. I had always been a big fan of time travel stories, The idea of visiting the past to see how things really were, or to travel to the future to see technology that I could not even conceive of appealed to me. So I walked over to the science fiction section to see if I could find a time travel story that I hadn’t heard of. On the way there something in the science section caught my eye. It was a book entitle “ The Speed of Thought”. I picked it up and looked at the cover. It was a poor illustration of three stages of life. A child, a middle aged man, and an old man. I had always heard you can’t judge a book by it’s cover, so I opened it and red the dust cover insert. cc Ed Johnson . . I don't know if I'll ever finish it, but if any of my readers are publishers, contact me.
Posted by Ed at 8:41 AM 2 comments:

Disclosure Policy All posts with the tag "advertisement" are paid posts for which I will be compensated.

This blog will sometimes use copyright material, for critcism and educational purposes, as defined by the fair use act.